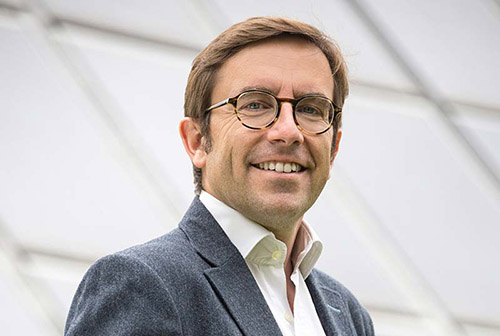 „My ambition? Mobilize skills and intelligence to implement an innovative project or support a transformation process.”

Aymar de Germay is a Senior Manager at Tilia in charge of the development of the public market in France. He has a long experience in the fields of strategy, project implementation, organization, change management and communication.

He is graduated from two high schools in France : Paris Institute for Political Studies and ESSEC Business School.

Before joining Tilia, Aymar de Germay worked both in the private and public sectors at the local and national levels. From 2008 to 2019, he was President of the Syndicat Départemental d’Energie du Cher in charge of managing the energy issues of a territory located in the centre of France. He managed several experimentations pilot projects in public lighting, self-consumption of electricity, production of renewable energy, smart-grids, smart cities. He has been elected for 18 years in different local functions, such as Mayor.

During 11 years, he also had an activity of consultant in strategy and public affairs.

He also had an active representative role in many French institutions and is a frequent speaker in events about territorial energy strategies, change management and smart grids. He is an Executive officer of a French Think Tank named “Territoire et Consciences” that works on the issues and shaping the future of the territories (agriculture, environment, energy, public services…).

Send an email to stephan.werthschulte@tilia.info

Back to Interim Management